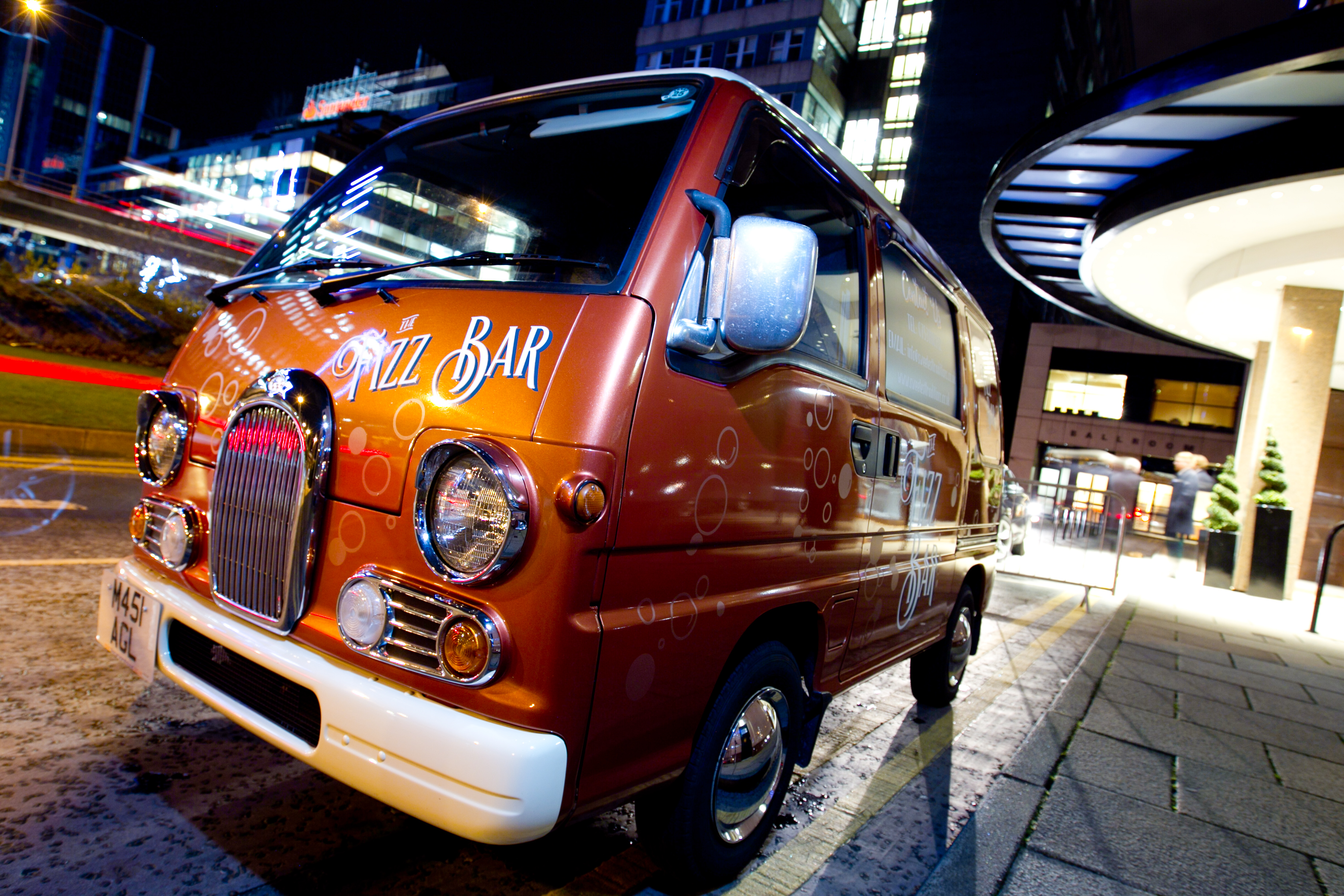 Back last January I had the idea to create two different sides of my business.

​I really enjoy the candy side of Sweetest Tradition’s, providing a beautifully dressed candy cart, artisan sweet treats and the fun of retro popcorn and candy floss, but I wanted to grow the business and create something unique.

The idea came from after happening upon a picture of a glass of fizz being poured straight from a tap. Wait, what, fizz on draught! Is that even possible? Well it was! After some research I realised this could be exactly what I was looking for to expand Sweetest Tradition’s.

Then the planning began for our mobile prosecco van, I say prosecco van but due to EU legislation:

Prosecco is registered as a Protected Designation of Origin (PDO) – a status it was granted in July 2009. Effectively, this means that any product sold with the label “Prosecco” must meet stringent criteria regarding production and origin. Specifically, Prosecco describes a sparkling wine produced from the glera grape in the Conegliano-Valdobbiadene area of North West Italy, marketed in the area’s traditional glass containers up to a maximum capacity of 5 litres Our wine is the same product simply dispensed from a larger container. Therefor we have to call it Frizzante .. same wine different container.

So our Frizzante van, The Fizz Bar.

I began looking into the equipment that I would need and the various different options and methods of dispensing. I settled on a top of the range Oak dispenser with built in air compressor and chiller which is self-contained and portable. Therefor giving the option to easily dismount from the vehicle and set up indoors if needed (a great option, especially in Scotland). Just as important as the equipment if not more so, was the product to be served. I then put in extensive market research into the various draught Frizzante products available on the market( yum!) and finally settled on the delicious San Martino Frizzante. We have had so much great feedback from customers about how easy drinking and great tasting it is. “It’s certainly not style over substance” remarked one client.

At the same time I was looking for the vehicle itself. My Husband loves quirky Japanese vehicles and he came across a Subaru Sambar Dias Classic. When I saw it I fell in love with its cute little face and we set about having it imported. I wanted to our van to be unique as I had began to notice in England there were a few little 3 wheel Italian vans slowly starting to pop up at the same time. I wanted our van to be a stand alone mobile unit, it was important that we could take it on major roads with out the need of a trailer or packing it into a larger van. This way we can cover the whole of Scotland easily with Magi-Beth turning heads all the way there!

We waited nearly 3 months for it to arrive in the UK and when she arrived the laborious task of the refit began.  Glen stripped out the Kai truck (mini camper van) and then with the help of his good friend Stephen they set about transforming this little van into the Fizz Bar as we see it today.

Then it came to branding. I worked with a fantastic Graphic Designer based in North Berwick – Steve Wood Design. We rebranded Sweetest Tradition’s and designed the vehicle livery for the Fizz Bar. She was then named  Magi-Beti. This is a nod to both Glen and my dearly departed mums.

The Fizz Bar Launched officially at the start of summer 2016 and we were the first frizzante van to launch in Scotland. The rest of the year was spent spreading the word on the fantastic product that we had brought to Scotland. We have attended several large wedding fayre’s and exhibitions across Scotland, in which we were well received. Including exhibition at The Luxury Scottish Wedding show at Hopetoun House.

We were thrilled to be asked to sponsor the drinks reception alongside the Hilton Glasgow for the Vows Awards. It was all planned for Magi-Beti to make her way up the service elevator in the Hilton to the first floor. To greet guests with some fantastic event styled tailored fizzy cocktails. Unfortunately there was one pesky doorway that Magi-Beti couldn’t fit through. Not to worry, we used our indoor set up on our Victorian styled cart, which was dressed to match the fantastic Dream Circus theme. Our cart was accompanied with our popcorn and candy floss, with fresh popcorn being made prior to the evening’s intervals with our retro popcorn machine. Magi-Beti was then employed to greet guests on their arrival at the front of the Hilton Glasgow.

Our diary is filling up fast now and we will be attending many fabulous events in the near future. Keep an eye out on our social media and website for updates. And look out for some exciting new package offers too, coming shortly!